Jeffrey Coon, Vocalist
Jeffrey Coon has been a member of Philadelphia’s theatre community since graduating from the University of Pennsylvania in 1992.  He has performed in close to 100 professional productions and worked at most of the area’s theatre companies including Walnut Street Theatre, Arden Theatre Company, Act 2 Playhouse, Philadelphia Theatre Company, Prince Music Theatre and many others. He is a 10-time Barrymore Award nominee, winning for his performance as Dominique in “The Baker’s Wife” at Arden Theatre Company. Upcoming shows include “Lend Me A Tenor” at Act 2 Playhouse in Ambler and “Parade” at Arden Theatre Company.  He has worked as a director and vocal coach for the University of Pennsylvania’s Summer Music Theatre program. He has also worked extensively as a producer and director for Interactivity Creative Solutions and Zakarak Productions.  He is an AVID (one might even say rabid) Phillies fan and the proud father of two beautiful children, Piper and
Jackson. 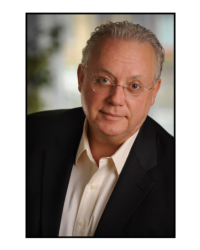 Jeffrey Uhlig, Piano
Jeffrey Uhlig has appeared as collaborative pianist in many concerts in America and also has performed in Russia.  He has performed with many outstanding singers and instrumentalists including many members of The Philadelphia Orchestra, The New York Philharmonic and The Metropolitan Opera.  He is in demand as a chamber music player, vocal coach and accompanist and is a faculty member at Settlement Music School in Philadelphia where he holds The Lilian Kraus Felber Distinguished Faculty Chair in Piano.  In New Jersey, Mr. Uhlig is Principal Keyboard and Vocal Coach with The Ocean City Pops Orchestra and for many years served as Principal Keyboard with Princeton Symphony
Orchestra.