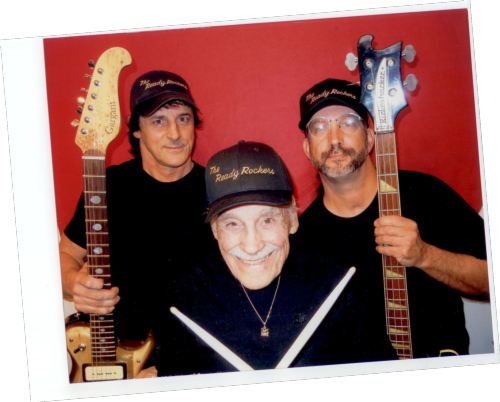 Dick is in the Rockabilly Hall of Fame, Westchester Football Hall of Fame ‘49, the Hollywood Walk of Fame, and a 2012 Rock and Roll Hall of Fame Inductee. Dick Richards was a professional actor for 20 years, doing movies, commercials, and soap operas. Dick starred in episodes of Kojak, HBO’s Oz, and more. After Dick’s career in acting, he reunited with the Comets in 1989 and has been performing with the original Comets ever since.

The Ready Rockers were established on March 23rd, 2013. They perform 50’s, 60’s, and 70’s Classic Rock Music, and play for weddings, outdoor concerts, festivals, and more. They have performed for The Mr. Mature Pageant (2015, 2016), the Pilipino Music Festival (Ocean City Boardwalk), and the Hope All Day Recovery Center 3-day music festival.