A Poetry Reading by Mark Soifer

A Poetry Reading by Mark Soifer 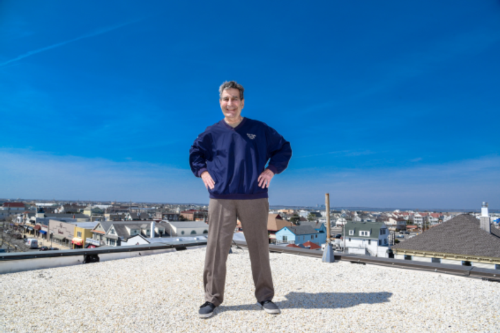 Mark Soifer will read poems from his 10th book of verse, “Pair of Dice Lost,”
7 p.m., February 20th at the Ocean City Library. Admission is free.

The book is completely illustrated by artist, Jerome Lukas, who will attend the reading
and who will demonstrate his talent.

“The thing that makes the book different and more interesting,” says Soifer, is that it is completely
illustrated (most poetry books are not) and that it includes various forms of poetry: the long four page title poem, Concrete Poetry, which is verse that takes the shape of its subject, Nonsense Poems, Through The Window Poems, written while the poet was looking out the second story window of his house, Nature poems and one written about his doggie. Several pages contain stories and poems about Ocean City and there is a Music Pier Poem that pays tribute to its legendary performers.

There is a poem in the book published by Readers Digest and a poem published in “Pup Tent Poets” of “Stars and Stripes”, the United States Army Newspaper. Soifer had 50 in the column while serving in Germany. He has been published in many Literary Magazines.

Soifer worked as Public Relations Director of Ocean City for 45 years.
He and his wife Toby also created a series of cartoons, titled SURF AND TURF,
which he will bring to the meeting in book form.