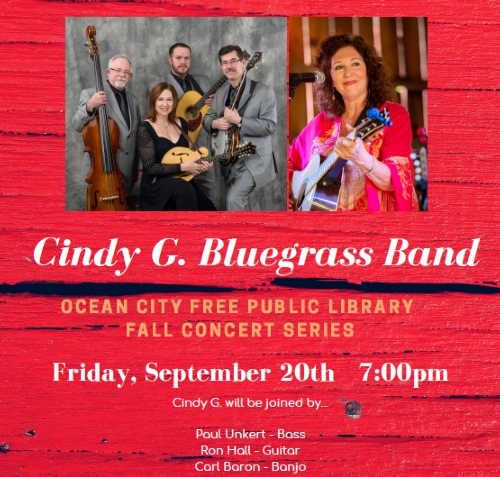 Cindy is a singer/songwriter from the northern-most reaches of Appalachia, the hills of southwestern Pennsylvania. Bluegrass Unlimited applauded Cindy’s first release, THE ROAD as a "new and different songwriting voice", praised her story-songs and called Cindy a "forceful and confident singer". Success of this release brought her to the attention of Grammy-winningproducer Jim VanCleve who produced Cindy’s JAIL BREAK album which debuted at #16 nationally. 2018 brought the release of MOONSHINER’S DAUGHTER, (again produced by VanCleve ).

Cindy’s music encompasses wonderfully-inspired songs that run the gamut from forsaken Appalachian angst, to rip-roaring traditional bluegrass, exceptional story-songs and more progressive “Grassicana”. Her live performances are not only captivating, but a moving and memorable experience for her audiences.