Welcome to the Electronic Reference Collection

Have a Question?  Type it here! - Ask us Anything!

2009 will be the year to change yourself! Learn about proper nutrition, exercise and other popular goals. 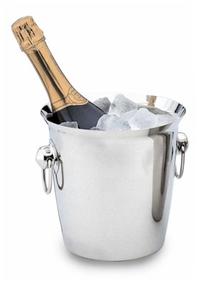 January 1 is not only the start of the New Year, but is when many begin their New Year’s Resolutions. Mange stress. Eat healthier. Exercise more. Spend more time with family. Sticking to your resolutions and making changes can be difficult but not impossible.

“A new year is a great time to think about the changes we want to make in our lives. Being and staying well is a resolution many people make for the New Year, but those resolutions can lead to frustration when we find we have set unrealistic goals,” said Philip R. Muskin, M.D., Professor of Clinical Psychiatry, Columbia University and Chair of the APA Council on Psychosomatic Medicine. “Making a resolution to change one thing that will make us healthier is a priceless gift that only we can give to ourselves.”

Try again. Everyone has made, and broken past resolutions, that does not mean that you won’t succeed this time. Start with a positive approach, including thinking about what has disrupted your good intentions in the past. Don’t discourage yourself with a negative outlook.

Don’t make too many resolutions. Trying to eat better, exercise more, quit smoking, and reduce stress is too much to tackle at once. Pick a realistic, attainable goal with a reasonable time frame.

Choose your own resolution. Make sure this is something that you want to accomplish for yourself and not for friends or family. When you attain the goal they will benefit from your success as well.

Make a plan and write it down. Plan what you’d like to accomplish in three or six months. Achieving small goals over time gives you a sense of accomplishment and motivation to keep going. Writing your goals down is a good way to keep track of your progress.

Involve friends and family. They can support your efforts, and can motivate you to keep going. Setting a personal goal is not a “promise” which can never be broken. Don’t paint yourself into a corner by overstating what can be a realistic change you plan to make.

Forgive yourself. If you get off track, don’t think that you failed. Review your plan and make adjustments.

Congratulate yourself. Reward yourself when your intermediate goals or resolutions are met.

The most important point to consider when deciding on your resolutions is to decide if you are truly willing to make the change in your life. Deciding to make the change just to have a resolution will not keep you motivated to attain your goal. Many people fail because they are afraid or don’t fully realize how the goal can benefit their every day lives. When you decide on your resolution, make a plan of action and list the ways it will improve your life. When you can see the prize, you are more likely to keep up the fight.

The History of New Year's Resolutions

The tradition of the New Year's Resolutions goes all the way back to 153 B.C. Janus, a mythical king of early Rome was placed at the head of the calendar.

With two faces, Janus could look back on past events and forward to the future. Janus became the ancient symbol for resolutions and many Romans looked for forgiveness from their enemies and also exchanged gifts before the beginning of each year.

The New Year has not always begun on January 1, and it doesn't begin on that date everywhere today. It begins on that date only for cultures that use a 365-day solar calendar. January 1 became the beginning of the New Year in 46 B.C., when Julius Caesar developed a calendar that would more accurately reflect the seasons than previous calendars had.

The Romans named the first month of the year after Janus, the god of beginnings and the guardian of doors and entrances. He was always depicted with two faces, one on the front of his head and one on the back. Thus he could look backward and forward at the same time. At midnight on December 31, the Romans imagined Janus looking back at the old year and forward to the new. The Romans began a tradition of exchanging gifts on New Year's Eve by giving one another branches from sacred trees for good fortune. Later, nuts or coins imprinted with the god Janus became more common New Year's gifts.

In the Middle Ages, Christians changed New Year's Day to December 25, the birth of Jesus. Then they changed it to March 25, a holiday called the Annunciation. In the sixteenth century, Pope Gregory XIII revised the Julian calendar, and the celebration of the New Year was returned to January 1.

The Julian and Gregorian calendars are solar calendars. Some cultures have lunar calendars, however. A year in a lunar calendar is less than 365 days because the months are based on the phases of the moon. The Chinese use a lunar calendar. Their new year begins at the time of the first full moon (over the Far East) after the sun enters Aquarius- sometime between January 19 and February 21.

Although the date for New Year's Day is not the same in every culture, it is always a time for celebration and for customs to ensure good luck in the coming year.

The celebration of the New Year is the oldest of all holidays. It was first observed in ancient Babylon about 4000 years ago. In the years around 2000 BC, Babylonians celebrated the beginning of a new year on what is now March 23, although they themselves had no written calendar.

Late March actually is a logical choice for the beginning of a new year. It is the time of year that spring begins and new crops are planted. January 1, on the other hand, has no astronomical nor agricultural significance. It is purely arbitrary.

The Babylonian New Year celebration lasted for eleven days. Each day had its own particular mode of celebration, but it is safe to say that modern New Year's Eve festivities pale in comparison.

The Romans continued to observe the New Year on March 25, but their calendar was continually tampered with by various emperors so that the calendar soon became out of synchronization with the sun. In order to set the calendar right, the Roman senate, in 153 BC, declared January 1 to be the beginning of the New Year. But tampering continued until Julius Caesar, in 46 BC, established what has come to be known as the Julian Calendar. It again established January 1 as the New Year. But in order to synchronize the calendar with the sun, Caesar had to let the previous year drag on for 445 days.

Every month, we highlight new and innovative databases