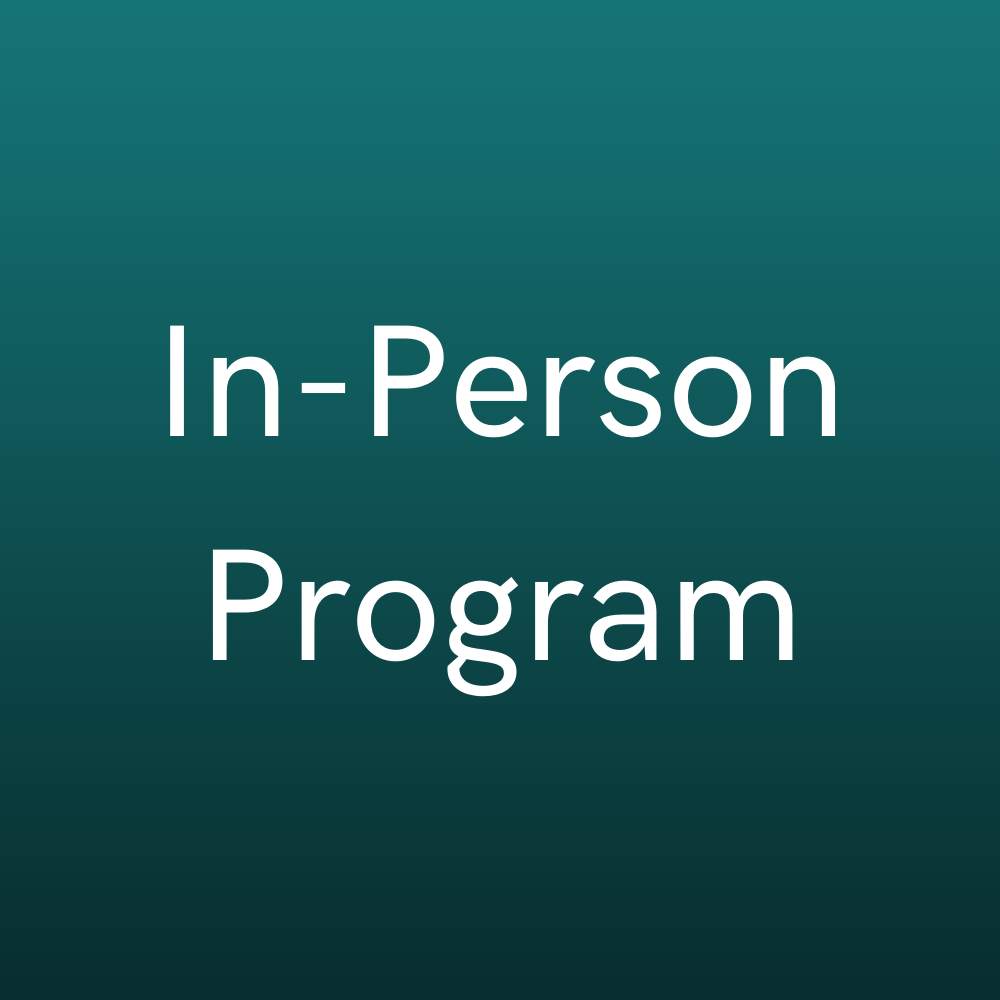 Join us for live music under the Library Tent!

**There will be limited seating available on a first-come, first-served basis.** 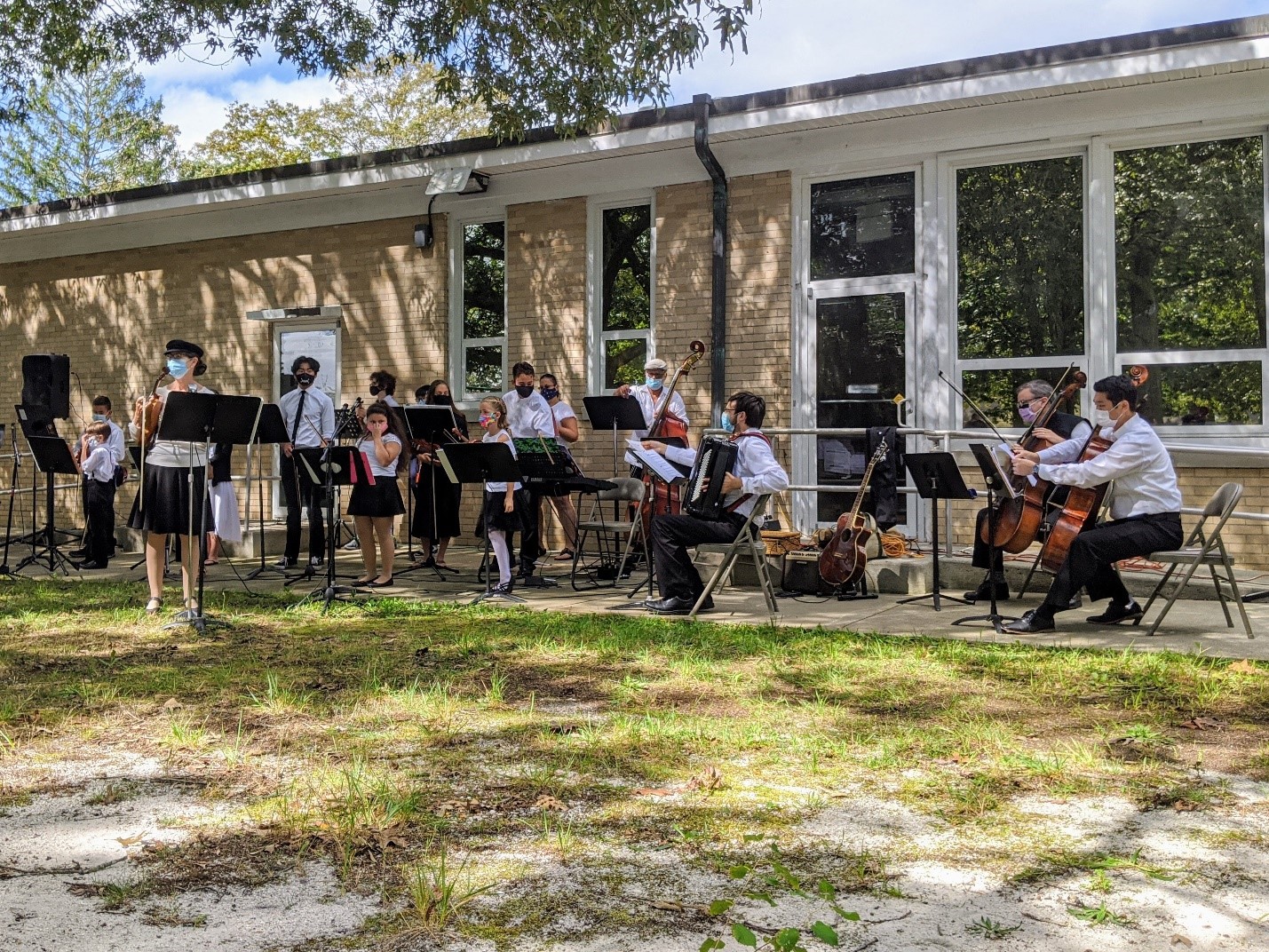 Come join us to hear your favorite classical music or soon to be your favorites.  The Fiddle Club, coordinated by Dr. May Strange of the Music Studio in Linwood, performs three programs a year at libraries and various venues in our area.  The group consists of a string orchestra made up of talented students and professional musicians. 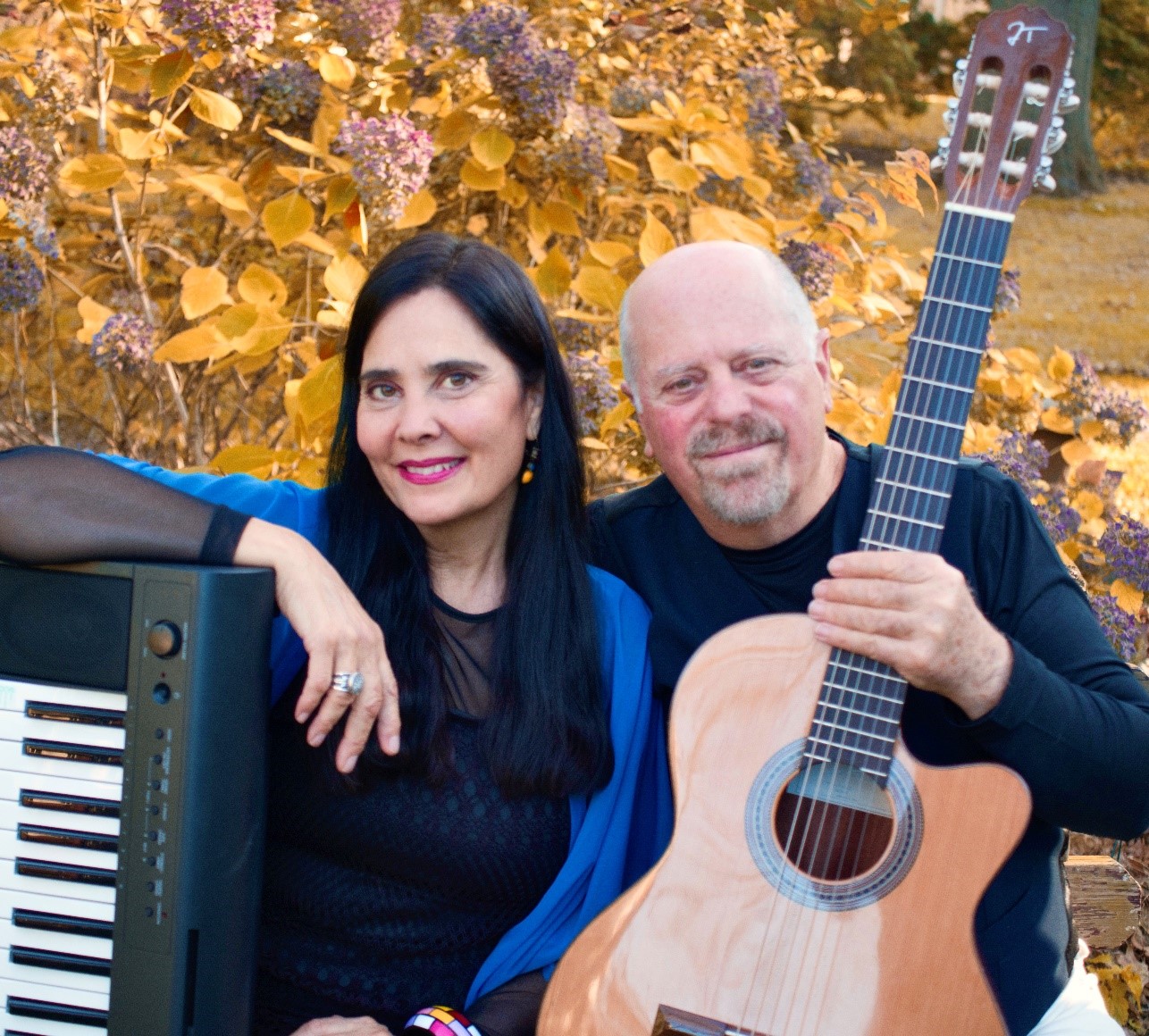 Based in Philadelphia for a great part of their career, Minas has been on the forefront of world music and Brazilian Jazz in the Northeast for more than 30 years. Led by the couple Orlando Haddad and Patricia King, Minas has recorded and released 6 CDs, 5 of them in Philadelphia. Their latest, Symphony in Bossa, was indicated for 3 Grammy Awards. Minas has won “Best of Philly” from Philadelphia Magazine twice. They write original music as well as perform classic Brazilian standards by A. C. Jobim and Sergio Mendes & Brasil 66. Patricia on piano and vocal, Orlando on nylon-string guitar and vocal, complement each other and create a mood that only a lifetime of performing together can attain. Their music is warm, vocals are sensual, instruments percussive, and melodic lines are jazzy. Minas has just completed a new recording project reimagining 14 Beatles songs in Brazilian rhythms, to be released in 2022. Orlando was commissioned to write a new composition, "Lendas Amazônicas", a chamber music work, by the new music group Orchestra 2001. It was premiered in June 2021. 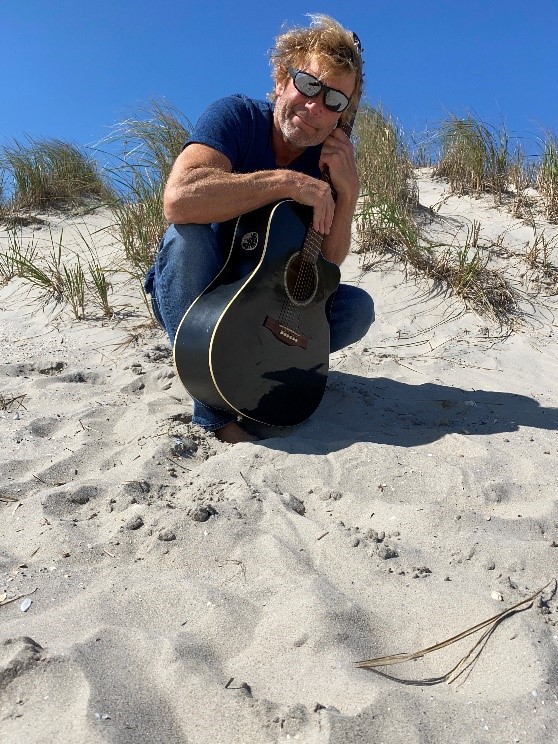 Since 2004, Grateful Rob has opened for national acts at major concert venues, entertained at festivals, block parties, fund-raisers, bar rooms, and continues his work playing oldies in senior living communities. With a focus on classic celebrated favorites, and his original works, Rob delights large crowds and intimate gatherings alike. Working as a solo artist, or leading his full band The Synthetic Dream Collective, Rob caters to his audience until there's nothing left to do but smile, smile, smile.

Beginning in 2017, Grateful Rob has been working in the area's Senior Living Homes bringing smiles and laughter to the retirement community. For these events Rob pulls from his extensive "oldies" repertoire. From Bob Dylan to Frank Sinatra, Bruce Springsteen to Elvis Presley, classic film pieces like "As Time Goes By" to 1970's yacht rockers like "Year of the Cat", a Grateful Rob concert experience has something for all ages and musical tastes! 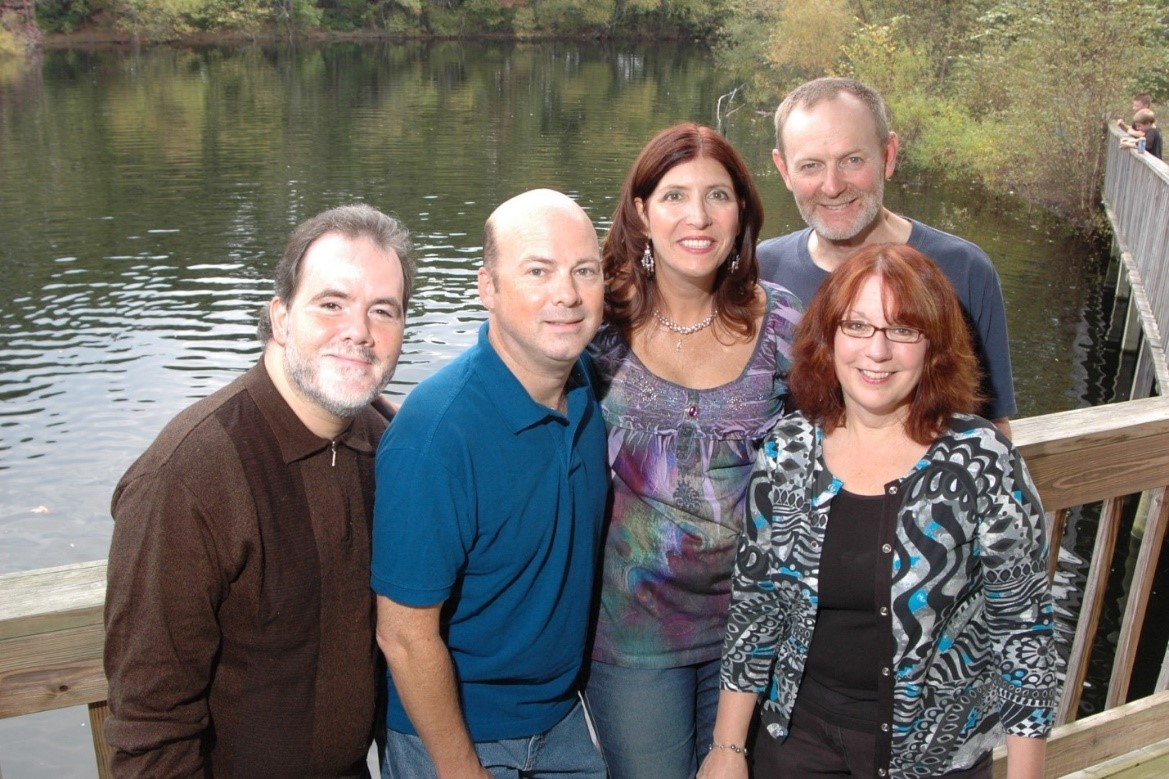 Sing along to tunes from our “easily distracted” playlist!

Join PGO for an afternoon of music that is folky, funky and even downright funny! The group has mined some musical gems from the 50s, 60s, 70s and beyond. They’ll pay tribute to The Mamas & The Papas, Fleetwood Mac, The Beatles, Crosby, Stills Nash & Young, and many more favorites!

Individually, members of this “easily distracted band” have been making music for almost three decades. Together, they bring strong harmonies and unique arrangements to their songs. There is something for everyone in their set list. All ages are welcome! Free admission!

PGO will collect non-perishable items for the OC Food Cupboard. 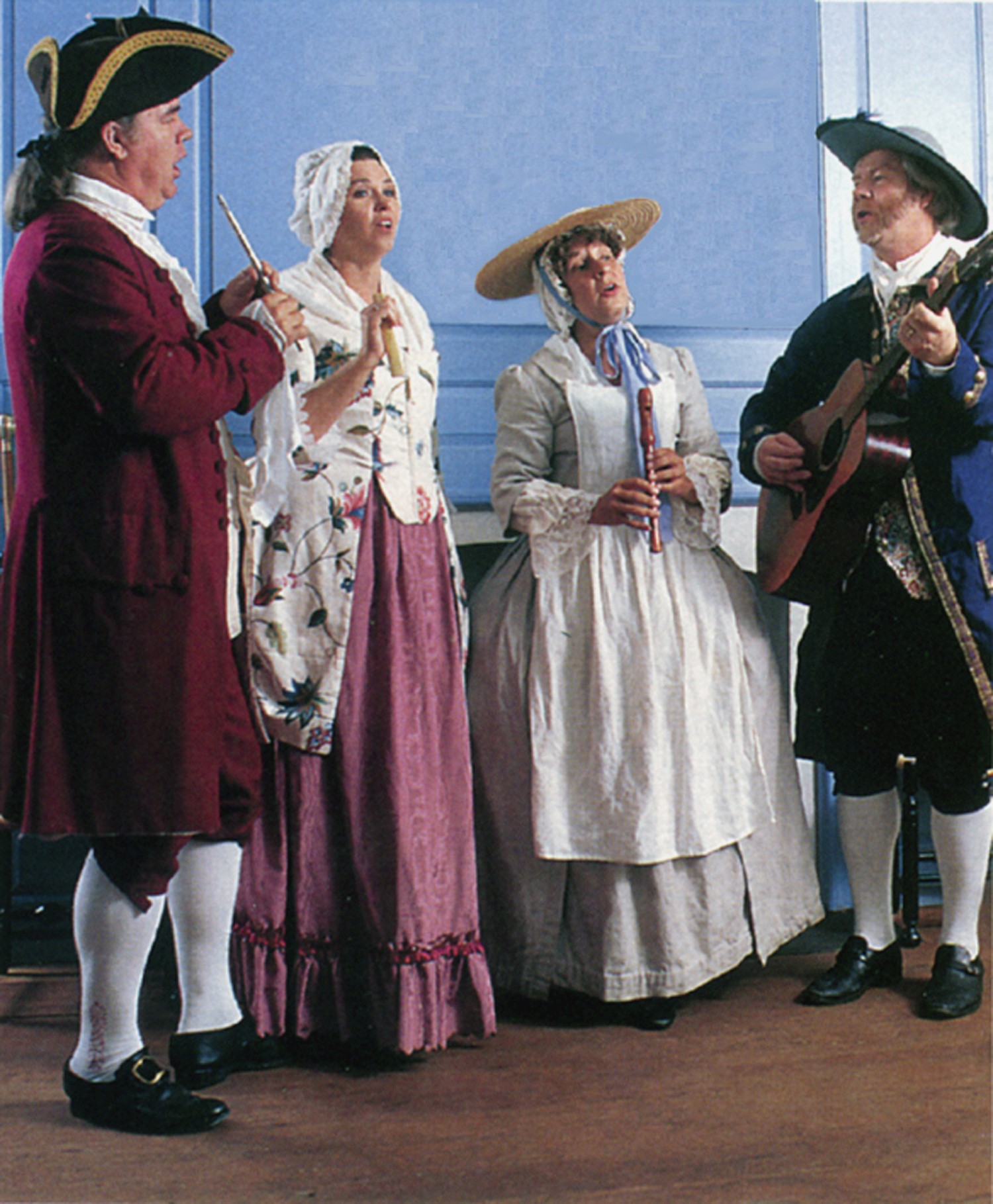 How much fun could you have with a group of balladeers and pub singers during the 18th Century? With a repertoire that ranges from the haunting to the irreverent, Spiced Punch recreates the spirit and mirth of colonial era entertainment. You’ll discover why the local balladeers were the town’s most popular entertainers! 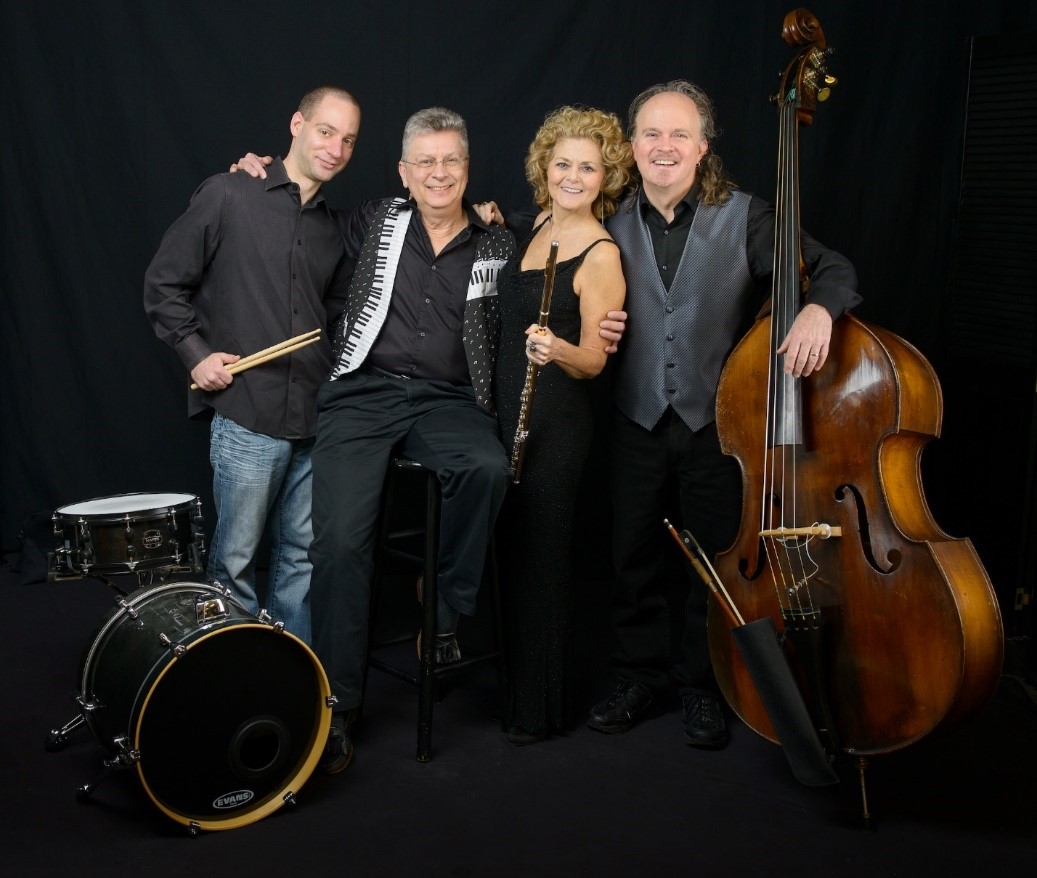 The Playmates Quartet features flutist Pamela Whitman leading her ensemble of versatile musicians with a spirit of fun! Their concerts include a variety of genres including much loved classical favorites performed by Pamela and gifted pianist Scott Breiner mixed with a healthy dose of jazz delivered by the whole quartet. “The Playmates UnPlugged!” will feature music by American composer Gary Schocker, Claude Bolling, John Rutter’s cross-over work “Suite Antique” and a new jazz work by Eugene Magalif.

Pamela Whitman has been the Principal Flutist of the Ocean City Pops Orchestra since 1989. She is an active chamber musician and recording artist. She founded the touring world-rock band WorldColor. Her award-winning cultural exchange programs have included concerts all over the world with musicians of many cultures and genres.

Scott Breiner has been the Music Director at Grace Lutheran in Somers Point, New Jersey, since 2007. In July, 2005, he became the director and one of the founders of the Cape Shore Chorale, a chorus consisting of sixty local singers based in Ocean City. Scott performs regularly at Atlantic City’s Convention Hall on the World’s Largest Pipe Organ.

Bassist Rich Kurtz plays upright bass in Bay Atlantic Symphony and electric bass in many East Coast bands. He holds a Bachelor of Arts degree in Music Performance and Education.

For more information about each concert,